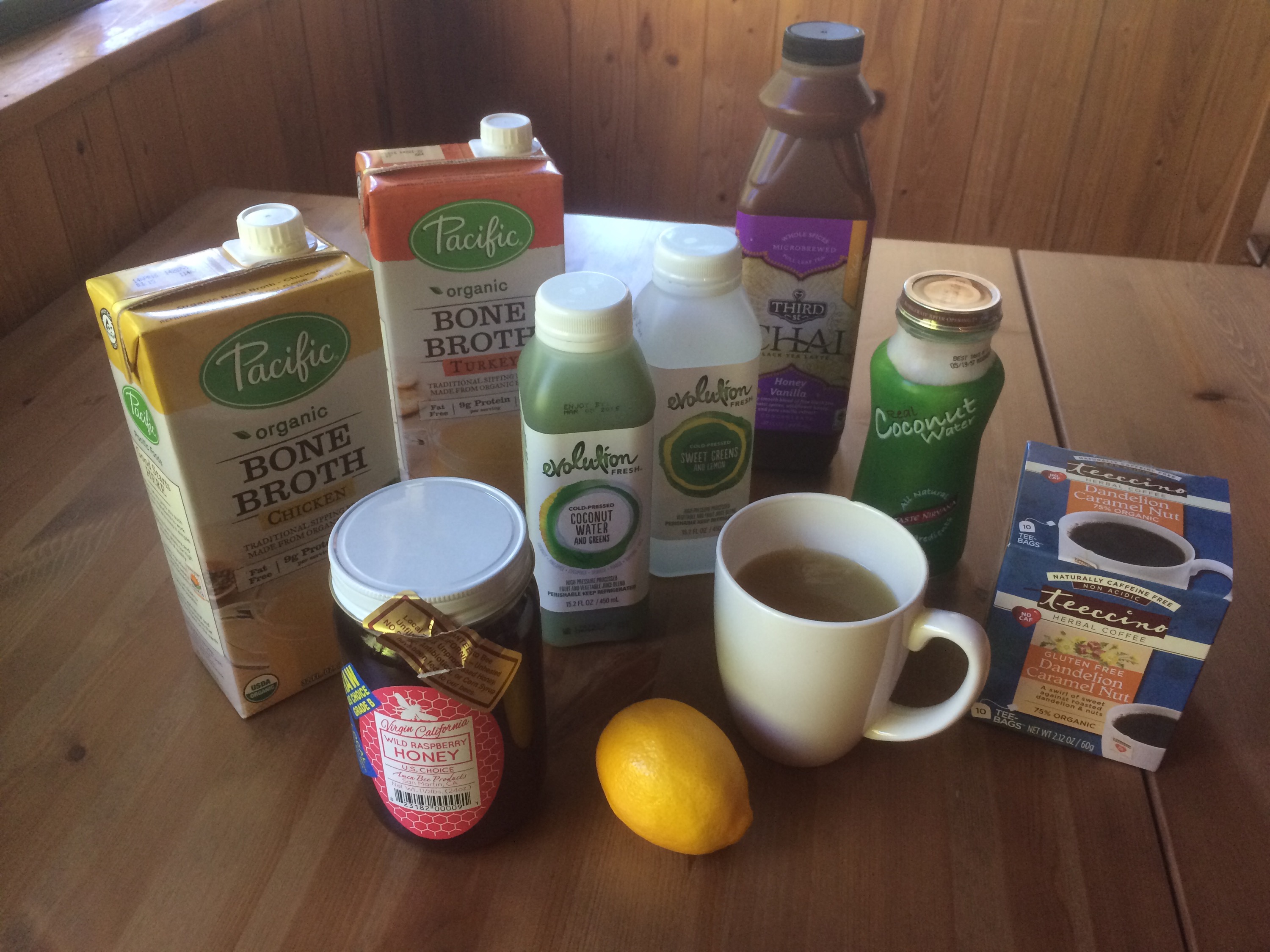 Today I am cleansing for my colonoscopy tomorrow. At this point, I don’t remember how many of these I’ve had, but now with over 15 years of UC (ulcerative colitis) under my belt, I’ve had my share of bowel preps and colonoscopies. Once you’ve had the disease for 10 years, you are scheduled for yearly scopes, and you quickly get over the fear that much of the general public has surrounding this procedure.

It’s pretty standard routine for any of us with digestive diseases, and it is interesting from this side of things to hear people complaining at age 50 when they need it for colon cancer screening. I have sympathy because, of course, I had a first time too, and I remember that. However, I was 20 years old then, and finally having a diagnostic test that could help find an answer after >3 years of symptoms; so, I was actually somewhat excited, despite my fears, back then. I know, it’s a hassle, you need a day (or two off) and a ride. The prep itself, in short, kinda sucks. But, it’s also not that big of a deal.

For those at age 50 and lucky enough to just need a colonoscopy for screening purposes: it’s a small price to pay to screen for your health,and I think that needs to be the central focus. If you’re like many people I talk to that are a combination of ambivalent, grossed out, freaked out and procrastinating making the appointment; know that it helps save lives, so try to just suck it up and schedule sooner than later!

For those who are in the midst of figuring out their digestive ails and may be facing a colonoscopy: you are suffering and are understandably afraid of what lies ahead, I hope what you find here will help you! My motivation for this website as a whole, and this post in regards to colonoscopy preparation, is to share any wisdom or practical tips from my own struggles to find health while dealing with chronic illness.

Each year I spend a little time thinking of how I can make the colonoscopy prep experience better. There are a couple factors to consider: the day before the procedure you are doing the prep; clear liquid diet for the duration of prep day; the day of, you are sedated, and need a ride home after the procedure. You really only have to take the day of the exam off because you’ll need the remainder of the day to rest and recover after being under sedation (general anesthesia or twilight anesthesia/conscious sedation).

The prep itself seems slightly different every time. Similar stuff in different flavors or combinations. I don’t want to sound negative, but I hate the over the counter magnesium citrate that is usually a part of my prep because it tastes like thick salty ocean water with fake flavor. Be it lemon/lime, grape or cherry, it makes me gag every time because it’s about 12 oz of the saltiest sweet nasty thick watery crap ever. Then, I usually have the standard gallon jug (you are supposed to finish most/all of it), which is also gross, but not as dense as the first drink (magnesium citrate). The sheer volume of liquid always feels like way too much and I typically start to get cold, chills, strong gag reflex after multiple cups, nausea, etc. It’s never made me vomit, but it’s generally unpleasant.

I’m hoping it’s the best prep solution ever because it was pricey! For those curious: It’s expensive to begin with, $273 without insurance. I’m sure it varies somewhat based on: state, individual’s insurance and on the way the MD wrote the order. I haven’t hit my insurance deductible yet, so it cost me $215. They gave me two boxes, and reading the instructions, I only need one, so I guess I’ll have it for next year (expires in 2017; score!) and that those prices would have been halved had I only gotten one.

I just drank the first packet dose about an hour ago and it was lemon/lime, standard yucky, but not as bad as the others described above. It was just one packet in 5 oz water and now I need to down 5 x 8 oz glasses of clear liquids within 5 hours. I can do that! Then, I take the second packet and follow it with 3 x 8 oz fluids within 5 hrs. That was a lot easier to get down (5 oz of not great liquid) than the big gallon container that typically has me gagging with each additional cup and gives me the feverish chills! It’s a win so far!

Now, getting back to making it a better experience…

As I progress my self-education in nutrition, healing the digestive tract, eating real, non-processed, foods and other positive lifestyle habits to support my health, I’ve had a perspective shift that helps me with the prep day. I generally love food and eating, so I’m not super excited about a day of clear liquids, but I decided to look at it as a mandatory liquid fast and try to take the opportunity to consume a variety of healthy clear liquids. I include some fats to help with satiety by putting a little coconut oil into teas and butter into my packaged broths. I drink my favorite green and black teas, herbal teas, coconut waters, fresh juices, bone broth and gelatin.

I have loosely planned to break out my juicer and prepare my own bone broth in advance of the procedure for the past two years and something else came up in both instances. Last year, we were in the middle of moving. This year, I have been sick with a bad cold and spending my free time putting everything else on hold and resting only.

In light of that, I just took a trip to our local New Leaf Market (it’s like a Whole Foods, but a local chain) for a few extra items to make my liquid day more interesting. In addition to the juices and broths I already had on hand, I got some Evolution cold-pressed juices, coconut water and teas. I was very excited to see they now make Teeccino coffee alternative tea bags that are gluten free. On a side note, I had been enjoying those a few years ago, when I first started eating Paleo. I started them as a replacement for the dessert mochas I was making from the Costco Cafe D’Vita, which was full of not real food ingredients. Shortly after starting to eat strictly Paleo, I read the Teeccino ingredient list and was crushed to see Barley (a grain – strict Paleo is grain free) on the list! Needless to say, this gluten and grain free Teeccino is a very exciting find for me today!

Gelatin is something I also appreciate being able to have on this day, so I have something that I can chew on vs. sipping fluids only. Below is a photo of the gelatin I made today. It is a super simple Pineapple Lemon Green Tea Gelatin. 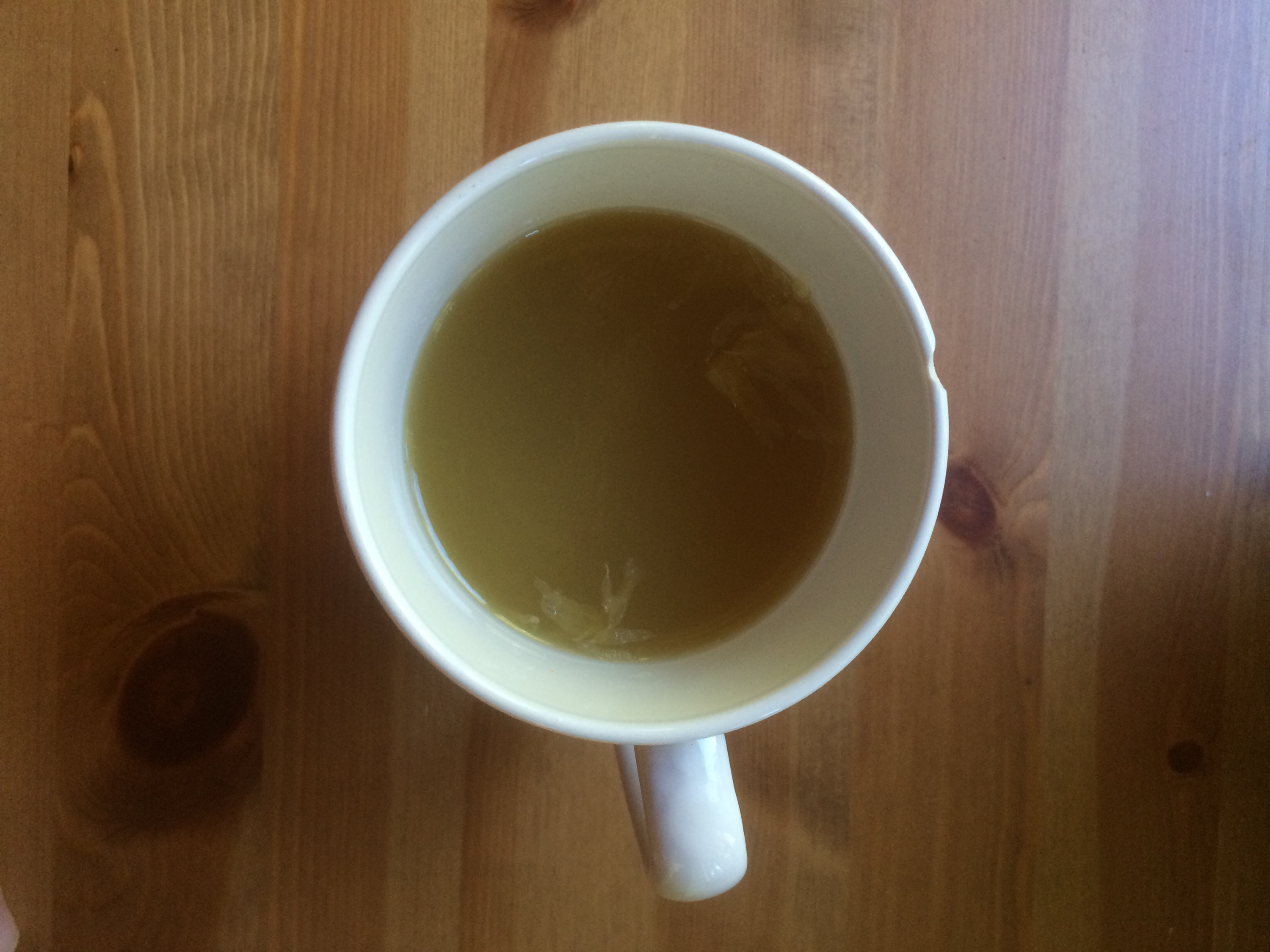 Another thing I did differently for the first time this year was to have the day before the procedure off. I have a physical job and didn’t quite realize how hungry that makes you, especially when you are only allowed to drink your meals. The prep is just better when you can rest, conserve energy and attend to your drinking fluids without interruption. When I worked on the day before, I barely had a chance to drink anything because I’d be non-stop at work seeing patients. I can’t just guzzle down 8 glasses of fluids at once, but on clear fluids alone, I do get hungry every 30-60 min. It just isn’t practical. I’d usually work a shorter day till around 2pm, but by that time I was just an hour from beginning the prep fluids and was not filled with any significant amount of clear liquids (maybe 2 cups before work and if I was lucky 2 more while at work). I felt like I was running on empty and the next thing I knew, I was running to the bathroom. This time was excellent; no work, and no point in the day where I felt miserably and fiendishly hungry and tempted for a “real meal.” Conserving energy with mostly sitting around, and a lot of getting up and preparing liquids, really helped this day go without a hitch.

Final word on the Prepopik (this is being written after completing it and after the procedure itself): definitely the best prep yet! I felt spoiled because it was nothing like my other preps. In fact, it went so smoothly and not dramatically annoying or painful (no nausea or chills) that I feared I wasn’t going to have a clean enough colon. Well, it turned out the colon prep was good and the colonoscopy went well. Prepopik for the win! 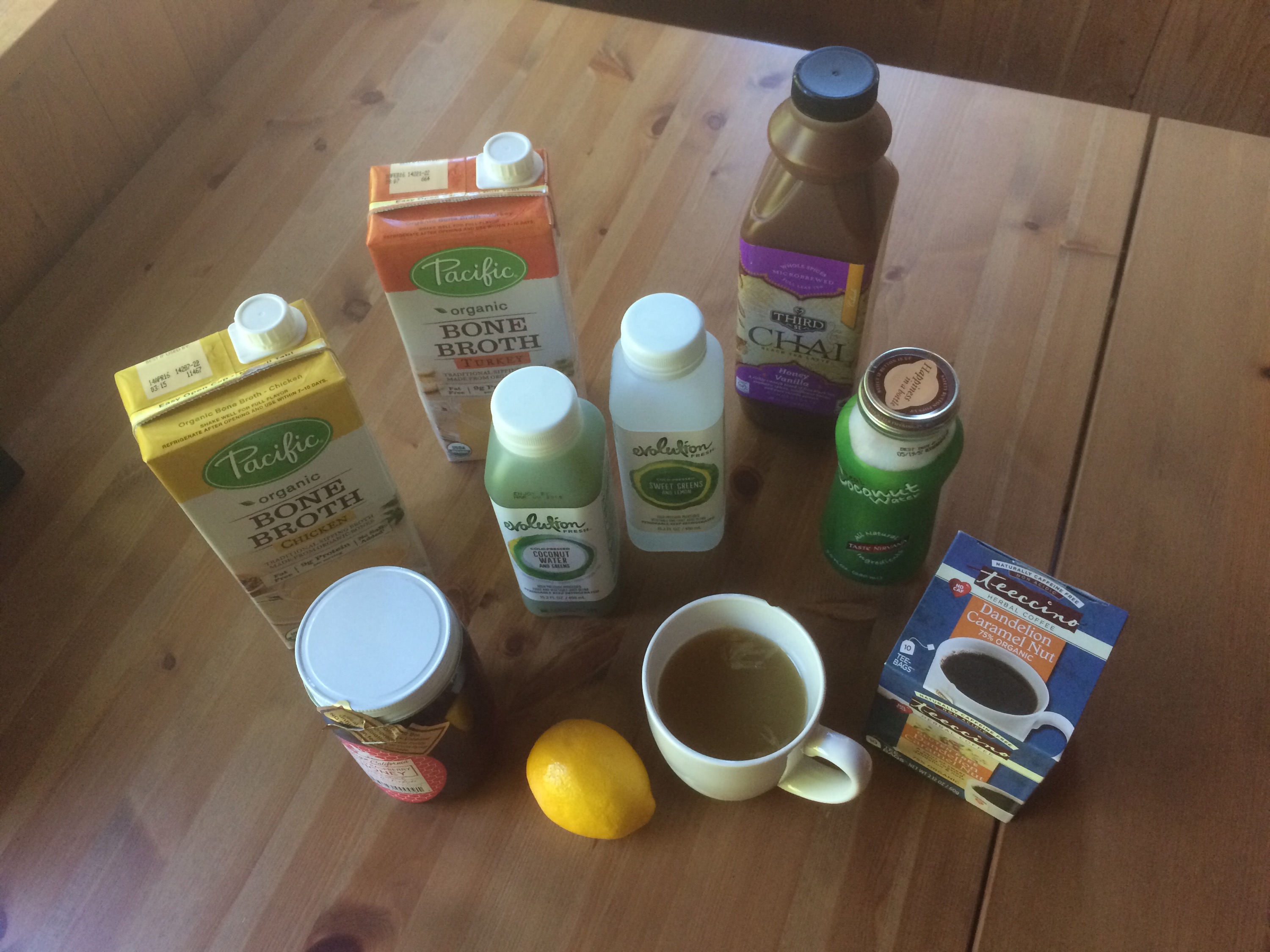